“Parents can only give good advice or put them on the right paths, but the final forming of a person’s character lies in their own hands.” – Anne Frank

Growing up sucks. There, I said it. We’re all thinking it though. We never stop growing up. We learn something new everyday and are constantly growing even though it may not be noticeable from the outside.

Life happens. Things change. People change. Everything does not always go as planned and as a result time seems to pass by even faster. We don’t seem to feel the pain as the time passes, but rather we feel it once we know time has passed.

We are always going to feel the pain of time passing though. The clock never stops, and it never will. So instead of worrying about the growing pains why don’t we worry about making the most of each moment so when we look back on last week, last month, or last year we see the good highlights of the time that has passed?

We will have some bad, awkward, or embarrassing memories, but we have to make sure we leave room for plenty of good ones and aren’t staring at the clock. Instead of focusing on growing as a pain we should think of it as a positive thing. We become wiser, stronger, and better people. Growth is a good thing. Change is a good thing. 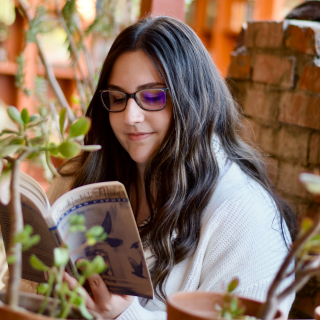 A twenty-something who loves to read, write, and blog. Always up for an adventure, taking photographs, and getting creative.